Stamford was previously voted as the best place to live in the UK according to a survey by The Telegraph and for good reason! Stamford has so much to offer so we wanted to give you all the information in one place.  Hover over the images below to find what you’re looking for, or scroll down and read all of our posts. Why not start with a brief history of Stamford? 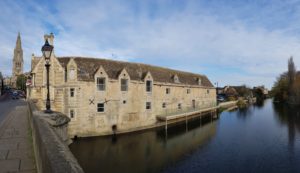 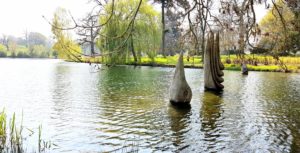 Read All Our Blog Posts Below 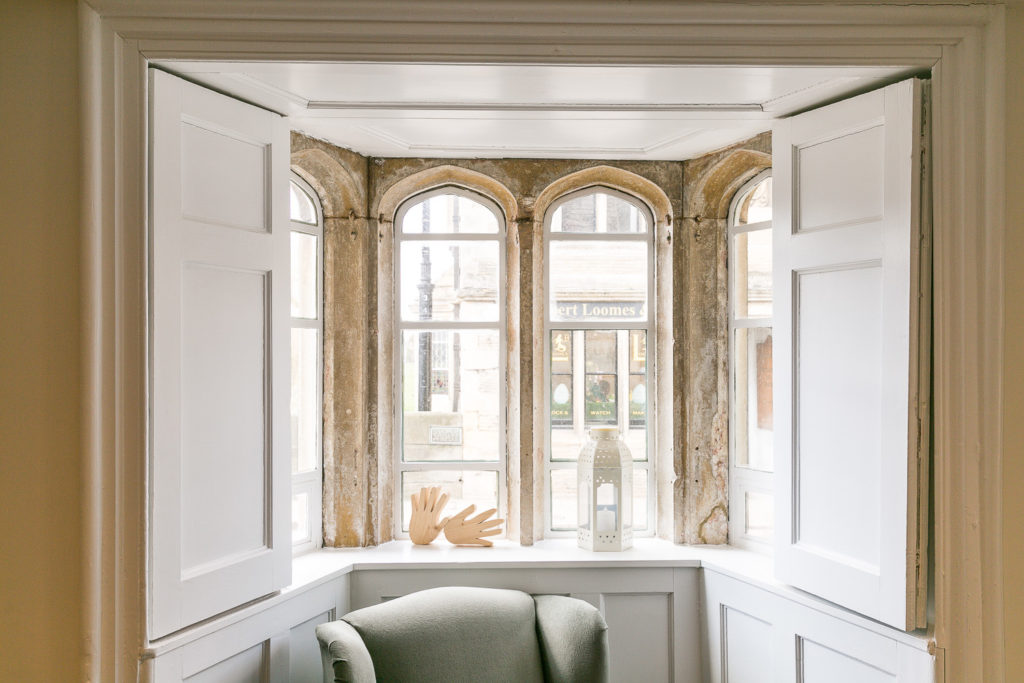 Visitors walking across the town bridge often ponder on why the long building on the East side has door facing the river.  This eighteenth century warehouse is the last vestige of Stamford’s canal trade.  It is built of course rubble and dates from 1756.  Much of the town’s medieval commercial activity would have been centred on the river at one time; however, a decline in its use meant that it became badly silted up and in 1571 an Act was passed to improve the River Welland.  Despite many false starts, it was not until 1664 that the river was once again made navigable.  Daniel Wigmore, a well-to-do merchant and county JP, took over the job of improving the navigation at a cost of £5000 in return for an eighty-year lease of the river tolls.

It seems fairly clear that the development of the malting trade in Stamford came about as a direct result of the improvements to the river.  By the end of the seventeenth century, malting and the malt trade were two of Stamford’s most important trading activities.  By 1834 there were thirteen maltsters in the town; at that time most of the corn in the country was moved by water, and no malting town was without its river or canal.  The arrival of the railway and lack of maintenance finally ended the river traffic, with the last barge coming to Stamford in 1863.

The building adjacent to the warehouse is the former Toll House, where you find yourself reading this!  When the bridge was rebuilt, the Burghley estate took the opportunity to rebuild this at the same time.  The new building was designed by Edward Browning, who worked as an architect for the Burghley estate.  Built in a Tudor style, it is unusual in that the walls are in bands of pindle and freestone.  The new building was set up as a Conservative club, which eventually extended into the former warehouse.  In the second half of the twentieth century the building was converted into a nightclub and used as this for several decades and then latterly as a bar, an antiques centre and now the apartments and MediSpa that you see today.

The recorded history of Stamford goes back well over 1,000 years. It first came to prominence in the 9th and 10th centuries when it became one of the 5 controlling boroughs of Danelaw. It was one of the first towns to produce glazed wheel-thrown pottery after the departure of the Romans. Stamford prospered under the Normans with an economy based mainly on wool; it was particularly famous for its woven cloth called haberget. The town’s excellent communication routes via the Great North Road and via the River Welland to the North Sea ensured the success of its trade. By the 13th century Stamford was one of the 10 largest towns in England. It had a castle, 14 churches, 2 monastic institutions, and 4 friaries; parliaments met here and there was a tradition of academic learning which finally led to the establishment of a short-lived breakaway university in the mid-14th century. Many buildings survive from this period including the early 12th-century St Leonard’s Priory; the magnificent early 13th-century tower of St Mary’s Church; the rich 13th-century arcades in All Saints’ Church; fine 13th-century stone-built hall houses and undercrofts, and the 14th-century gateway to the Grey Friary.

The removal of the main wool trade to East Anglia in the 15th century forced the town into decline, and the trade that remained was concentrated in the hands of rich merchants like the Browne family.

These merchants helped rebuilt many of the churches in the mid-late 15th century including St John’s; St Martin’s and All Saints’ which are fine examples of Perpendicular Gothic architecture.

William Browne also founded an almshouse which remains one of the best surviving medieval almshouses in England, complete with exemplary stained glass.

While the overall decline continued into the 16th century, Stamford was linked to national affairs by the fact that a local man, William Cecil, became secretary of state to Queen Elizabeth I. He built a palatial mansion just outside Stamford for his mother and Burghley House survives as one of the crowning glories of the Tudor age. The great tombs of Cecil and his descendants lie in St Martin’s Church.

The town escaped the civil war relatively unscathed despite Oliver Cromwell’s siege of Burghley House and the visit of the fugitive King Charles in May 1646. After the Restoration of 1660, the town recovered as improvements to the Great North Road encouraged road trade and the river was made navigable again by a canal. Everyone who travelled north passed through Stamford and the coaching trade elevated old medieval inns like the George into major nationally renowned hostelries. Prosperous professional men and merchants were attracted to the town and they built their fine vernacular and later Classical or Georgian houses which today provide the backbone of the town’s fabric. It is the consistency and quality of these houses and the exceptional streetscapes they create, which encouraged the BBC to film ‘Middlemarch’ in the town.

The arrival of the railway in the 1830s signalled a death blow to the coaching trade and so to Stamford’s fortunes. The main line to the north bypassed the town and so stunted industrial development. However, like many eastern shire towns, Stamford produced skilled agricultural engineers such as Blackstone’s. The lack of industrialisation together with the traditional, almost feudal, relationship between town and house (the Cecils of Burghley were Stamford’s landlords) preserved and pickled the town so that today the historic urban fabric survives almost unscathed. Stamford is a unique treasure trove of provincial English architecture built in the finest stone that this country has to offer. Today Stamford prospers as a small market town of around 18,000 inhabitants with a mixed economy based on industry, services, agriculture, and tourism.

G. Hoskins, the famous 1950s historian, said:
If there is a more beautiful town in the whole of England I have yet to see it. The view of Stamford from the water-meadows on a fine June evening, about a quarter to half a mile upstream, is one of the finest sights that England has to show. The western sunlight catches the grey limestone walls and turns them to gold. It falls on towers and spires and flowing water, on the warm brown roofs of Collyweston slates, and on the dark mass of the Burghley woods behind. The hipped and mansard roofs of the town rise from the edge of the river above the flashing willows, tier upon tier, to the spire of All Saints, and the towers of St Martin’s, St John’s, and St Michael’s, and, above them all, to the noble tower and spire of St Mary’s, the central jewel in the crown of Stamford…